WASHINGTON, D.C. – Today, former Equifax CEO Richard Smith testified in front of the Senate Banking Committee, his second of four hearings this week on Capitol Hill regarding last month’s public announcement of the data breach that endangered the financial security of over 145.5 million consumers. At the hearing, Smith said Equifax will continue to use forced arbitration clauses as long as it is legal. He also said he has “no opinion” on whether or not it is fair to force consumers into arbitration.

When Senator Chris Van Hollen asked if consumers deserve to be subjected to forced arbitration and left without a choice, Smith said the “arbitration clause is a legal provision and we follow that.” When Van Hollen continued to press the issue, Smith said, “today, arbitration is a part of the law, and we’re following the law.” Watch the exchange here. 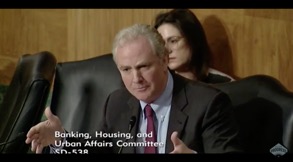 Later in the hearing, when Senator Sherrod Brown asked, isn’t it unfair to force the 145 million victims of the data breach into arbitration, Smith said “I have no opinion on that.”  Watch the exchange here. 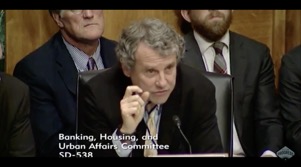 Forced arbitration clauses will no longer be legal if the if the Consumer Financial Protection Bureau’s new rule is implemented. The rule protects consumers that have been taken advantage of by big banks and other financial interests from being forced into secret arbitration tribunals where industry calls the shots and consumers hardly stand a chance. However, Senate Republicans introduced S.J. Res. 47, legislation to repeal the CFPB’s arbitration rule. Repealing the arbitration rule would allow companies like Equifax to continue using these clauses to deny consumers their day in court.

Tell Your Senators: Stand Up to Equifax and Wells Fargo - Protect Us from Forced Arbitration