WASHINGTON, D.C. – Today, Wells Fargo CEO Timothy Sloan testified in front of the Senate Banking Committee one year after the Wells Fargo credit card scandal first came to light. When asked if his bank would commit to stop using forced arbitration against consumers, Sloan gave an unequivocal “no.” The scandal ridden bank’s CEO then went on to defend his answer by, in part, bragging that Wells Fargo is the one picking mediators for its customers! Watch the videos here: 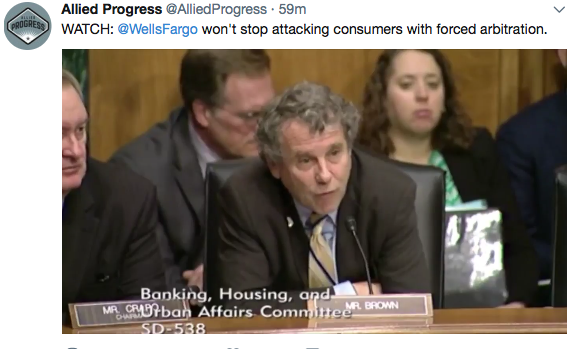 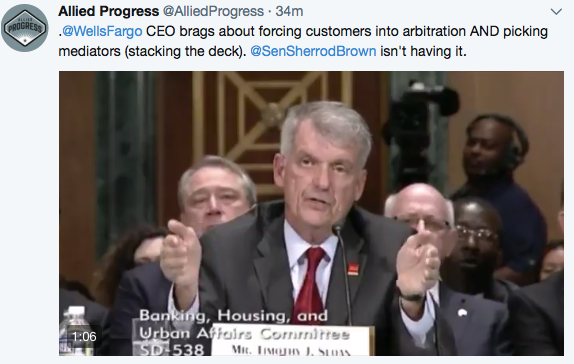 Clearly banks aren’t going to stop using forced arbitration on their own. This is another reminder of why we need the Consumer Financial Protection Bureau’s (CFPB) arbitration rule to protect consumers against big banks like Wells Fargo.

To speak with Karl Frisch about Wells Fargo or the CFPB’s arbitration rule, please contact Annette McDermott at Annette@alliedprogress.org or 202-697-4804.